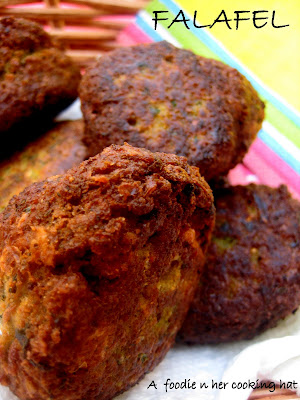 The Australian Open 2010 Men’s final was a brilliant visual treat for Tennis fanatics. Roger Federer and Andy Murray had made it to the finals and the match was super aggressive and entertaining. S and I had a long day running errands, doing the regular household cleaning and finally an early evening dinner at a friend’s place.

We had already made plans for the Tamil movie “Goa” the previous evening and had purchased the tickets online. With the droopy eyes and heavy stomach, we rushed to the theater 15 minutes late for 9.00PM show and found two empty seats right in front of the giant screen. This is the first time we were sitting this close to the screen. It was so difficult to sit and watch the movie as we had to stretch ourselves a little bit and place the neck skillfully on the side-head of the chair for better view. Even with all those discomforts, we enjoyed the movie. “Goa” was very hilarious with scenes spoofing few Tamil movies. The heroes, Premji, Jai and Vaibhav are sure to tickle the funny bones with their dialogues and English accents. Even though a decent entertainer,the story line was very silly and lacks interesting screenplay.

After a great laugh and bad neck ache, we reached home tired and exhausted. S scheduled the DVR to record the Men’s final, so we could watch the next morning. But as we saw the first game, we were glued to the television and couldn’t resist watching such a beautiful game. The day which seemed to have come to an end for me, continued for another 3 hours and by the time we hit the bed it was 3.30am. Roger Federer won the straight three sets against Andy Murray. Federer won 6-3, 6-4, 7-6 (13-11).

Andy Murray, 23 year old British Tennis player has the current ATP ranking as No. 5 in men’s singles. Even though he started off the match with a decent less-aggressive game, he had an powerful finishing. I was hoping that he would take the game to the 4th set and he was pretty close too. His backhand was fantastic and the tactics he used to counter attack Federer’s game were amazing. At this young age, Murray has all the assert to win a slam and I am hoping he does it pretty soon. I love Federer too but it always nice to see young chaps competing with 16 times Grand Slam winner. I supported Murray this time for that courage and confidence. During the last year’s finals, Federer lost to Nadal and he cried uncontrollably. Even Murray cried last night and said “Even I can cry like Roger but I cann’t play like him”. Aaaw! Poor boy… I loved his game.

Coming to the post for today, I made falafels as a side for dinner on Friday and we enjoyed it along with raisin fried rice, grilled veggies and chicken curry. I used the left-over batter to make hot falafels for the game-night. I replaced fava beans with black eyes peas and little green gram. This is my variation of the middle eastern delight –Falafel. They were so crispy on the outside and soft on the inside. The spices blended well together and they tasted absolutely yummy with seasoned tahini sauce. Crispy snacks and lovely friends are the perfect accompaniment for interesting games. Coming weekend, we have Superbowl (NFL) to watch with friends and I am sure I will make falafels again 🙂 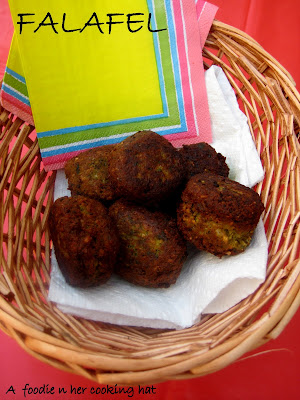 Method
Clean and wash the garbanzo beans, black eyed peas and green gram. Soak the lentils overnight/ 6-8 hours in excess water. Drain and set them aside.

Grind them to a coarse paste in a grinder without water. Mix in all the ingredients and let the mixture sit for 1-2 hours in refrigerator. Bring them down to room temperature and roll them into small balls using a falafel scoop or a spoon or a small ice cream scoop and place over a baking sheet covered with a parchment paper.

Heat 3 inches of oil in a deep cooking vessel (375 degrees) . Once the oil gets heated up, first fry 1 ball and if the balls lose shape, add little more flour for maintaining the shape.

Fry them in batches of 6-8 at a time for 2-3 minutes on one side or until they turn golden brown. Drain excess oil and serve with a salad/ pitta bread/tahini sauce/mayonnaise.