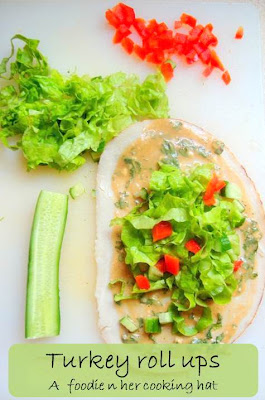 Cricket is a game loved by everyone in India. Gali cricket is part of every one’s childhood. It will be played in every street in India, all we need are a bat, a ball and few enthusiastic players. After watching the world cup 1996 (I was in Grade 6 then), my friends and I were so passionate for the game that we even formed a girls team in our housing complex. My uncle who was a football coach got us new stumps and wickets and we used to play like mad people breaking bike lights, window panes, hitting aunties and pleading them to give the ball back. It brings a lot of laughter and memories when I think about them.For a nation that is divided by different religions, sects, cultures and languages, if there is one thing that would bring us together will be CRICKET. Cricket is more a religion than a game to Indians. In that religion, Sachin Tendulkar is considered the GOD. We are fanatic fans who go wild whether our Men in Blue lose or win. We cry, we laugh, we cheer, we scream – This is how a typical Indian would be while watching a cricket game. Emotions keep rolling for every stroke played, for every ball bowled and for every run taken.The semi final between India-Pakistan (30th March) was a real treat to watch and I was up from 1.30 am (Pacific time) to watch who won the toss. S & I stayed all along the game to watch our Indian team go to finals. The game between India-Pakistan was more like a political event where the prime minister’s of both the countries, political leaders and movie personalities were present to watch the game live. The pressure was not on the players alone but also on us, we were quite tensed how the game is going to turn out. Cricket world cup is like the American Superbowl. The advertisement were also a fun to watch.
The big game, the World Cup finals between Srilanka and India was on 2nd April. The last couple of days had been busy for me. I participated in a bake sale for Japan on Saturday morning and had a lovely time meeting R & S, my fellow food bloggers. I baked in intervals on Friday and Saturday early morning, also did some test baking on Thursday. While watching the game, I was also paralleling doing some prep work for my checker board cookies. I will write a separate post about Bake sale – Japan and about the goodies I baked for it. I left home at 9.00 am on Saturday, about the time when the game became crucial and got really interesting. I desperately wanted to watch the last 10 or so overs but I had to attend the bake sale at 10.00 am.Later at 11.00am my husband called up to share the news that WE won. Wow! OMG! Great! were the words thought popped out of my mouth. I kept thinking how would have Dhoni, our captain would have reacted, how loud the crowd would have screamed, what would have Sachin said? Who was the Man of the Match? With all those thoughts and missing our victory dance at home , I drove back to watch the highlights. I kept watching the highlights over and over again. India is the world number 1 in 20-20 game, 50-50 game and also in Test cricket. I cann’t get more proud than this. Chak de!!! Chack de India! 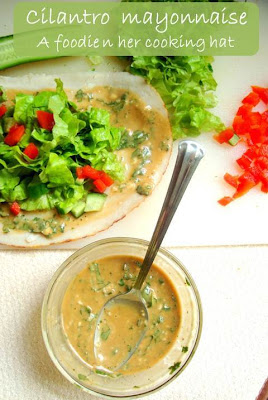 Keeping in mind our never dieing cricket spirit, Ria posted in her FB profile asking fellow Indian Food Bloggers to join her cook something to add to the spirit of cricket as we watch the World Cup Cricket 2011. ‘WE’ cooked together on the game night with the recipes of our choice and planned to post it the following day.I made a very simple turkey roll up with cilantro-mayonnaise spread at 3.00 am. This is a perfect snack for a game night (rather early morning), so simple to prepare as you need not more than 5 minutes to assemble and serve. The key thing for me on a game day is to serve something that will not take much of my time in the kitchen, so that I could head back to the living room to watch the fun with others This recipe is inspired from the South Beach Diet Book.Enjoy! Jai ho!!!! 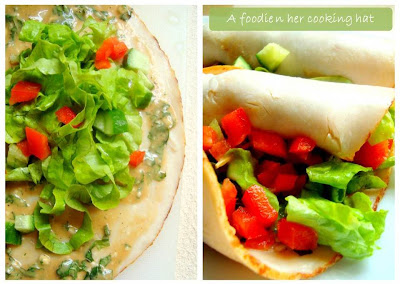 These roll ups are ideal for Phase 1, 2 and 3 of South beach diet. Stick with maximum 2 rolls for a snack. You could add any veggies of your choice for the stuffing (For phase 1 avoid carrots, beets, peas, potatoes and corns for stuffing) and this roll up is a perfect snack for women with gestational diabetes.

Turkey Roll-Up
Place 1 slice of turkey and spread with 1 tablespoon Cilantro Mayonnaise. Then layer them with little lettuce, scallions, cucumber and peppers. Drizzle some more spread on top and fold into a tight, cigar-like roll. Serve cold.

Salad with tomatoes, olives and cheese